For over 20 years, in various parts of Europe, creators and companies have involved in their performances and creative processes artists with intellectual disabilities. On what grounds do they do it? What are they looking for? To what extent have these works contributed to a real change in mentality regarding the importance of artists with intellectual disabilities, their training and integration in the arts market?

In this seminar, we will look at some paradigmatic cases and analyse what has been done and what remains to be done in Portugal  in order to bring about a systematisation of the work of these artists.

With the support of

BIONOTE
Marco Paiva holds a degree in Theatre – Actors’ Training from the School of Theatre and Cinema, as well as a postgraduate diploma in Entrepreneurship and Culture Studies – Cultural Management ISCTE. In 2008, he concluded the European Course of Theatrical Improvement of the École des Mêtres, directed by the Brazilian director Enrique Diaz (CIA dos Atores). He has been a guest actor of the theatre company mala voadora since 2010. He has collaborated as an actor and director in several organisations, namely: D. Maria II National Theatre, Comuna Teatro de Pesquisa, O Bando, L.A.M.A – Laboratório de Artes e Media do Algarve, Culturgest, Casa da Música, Teatro Helena Sá e Costa, Crinabel Theater, among others . In 2018, he founded TERRA AMARELA- Platform of Inclusive Artistic Creation, which works around accessible culture and inclusive artistic practices. 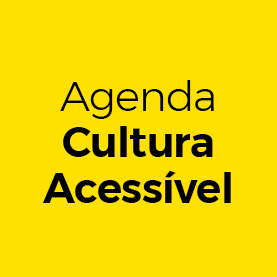